No, it wasn't me.  I don't have a spare $50 million laying around.  I didn't even know she was for sale.  It is truly a surprising development in the big business of selling Marilyn to the world.  Since Ana Strasberg still held onto a small piece  - it is obvious that she is just out for the money.  She basically gave up control as long as she still gets her cut.  Marilyn is now totally controlled by businesses out to make a buck.

It is such a shame that there was no family to fight for her and that it all ended up with the Strasbergs in the first place.  Imagine how different things would have been if she had reconciled with Joe and they remarried before her death.  He would have guarded her memory with his life and perhaps his family may have done the same when he was gone.

TORONTO - Toronto entrepreneur Jamie Salter has bought the rights to the image of 1950s Hollywood icon Marilyn Monroe.
Salter's New York-based intellectual property corporation, Authentic Brands Group, announced Thursday it made the deal in conjunction with NECA, a global media and entertainment company.
The two did not disclose a purchase price for Monroe's name and likeness, but published reports say it was nearly $50 million.
"Marilyn Monroe is recognized around the world as the embodiment of beauty and glamour," Salter, CEO of Authentic Brands, said in a statement.
"Quite simply, her name and her image have timeless appeal. We feel fortunate to be responsible for the future."
Anna Strasberg, who managed Monroe's estate and is the widow of the late star's acting coach, Lee Strasberg, will continue on as a minority partner in the joint venture.
Strasberg said she was impressed with the "bold, imaginative ideas" of Salter and his company.
"I will remain involved, and I enthusiastically look forward to their innovative ideas and continuing to carry out with integrity Marilyn's great and timeless legacy."
Salter's company, which also has offices in Toronto and Los Angeles, also manages the Bob Marley brand, among others.
-Winnipeg Free Press
Posted by Melinda at 8:46 AM 2 comments: 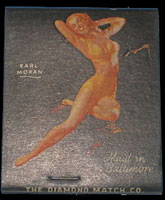 I know there are Moran fans out there so I decided to add a NEW SECTION to my website focusing on his calendars based on Marilyn.  I particularly LOVE seeing the exact pose as both a photo and illustration.  So I put a couple examples there.
Posted by Melinda at 3:47 PM 2 comments:

I have added a new(old) section to the website called Dearly Departed.  It is a timeline of the passing of people who had some kind of connection to Marilyn.  I try to include a photo of the person with Marilyn - if one exists. Each entry also includes a brief bio (i.e how is the person associated with Marilyn).

Posted by Melinda at 9:28 AM No comments:

I'm a big fan of Elizabeth Arden products (fun fact - the founder of the company is Canadian).  Marilyn was also a fan and her Arden products and receipts have shown up in auctions over the years.  I also love this series of photos taken in March 1955 by photographer Ed Feingersh.  It shows Marilyn arriving at Elizabeth Arden's in New York. 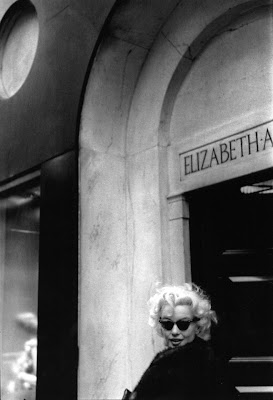 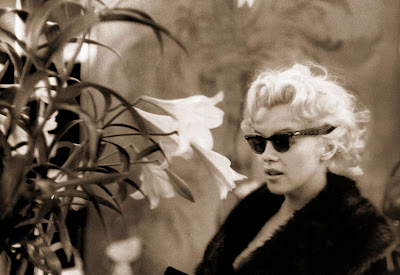 SEEKING SOME HELP
Living in small town Canada I don't have access to an actual Elizabeth Arden store.  I came across a set of make-up brushes that I would love to have.  However, they won't ship to Canada.  So I decided to ask if anyone out there has a store close by and could pick this up and ship it to me. I would really appreciate it. You need to have a Paypal account so I can pay you back.  Email me at MarilynfanATgmail.com if you can help.
EDIT:  THANK YOU EDGAR!  NO LONGER NEED THIS SET.
Posted by Melinda at 1:23 PM No comments: