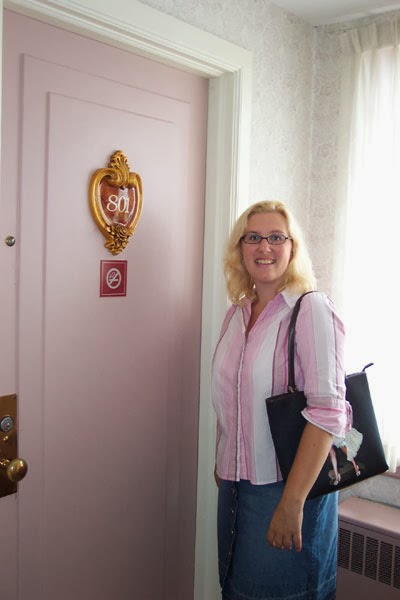 Posted by Melinda at 6:14 PM No comments:

What a find!  Browsing some local classified ads and look what I see...this fantastic Marilyn Monroe neon sign.  I ended up driving 4 hours round trip in order to pick it up but it was worth it.  Love it!  It is huge at 5 feet in length.  Now I just need to find a better spot for it than on my coffee table :)

I am not sure where this sign originated.  If anyone has any knowledge of these please let me know.  It is marked with a TM so I believe it was approved by the estate and was perhaps used in a Marilyn Monroe line of merchandise. 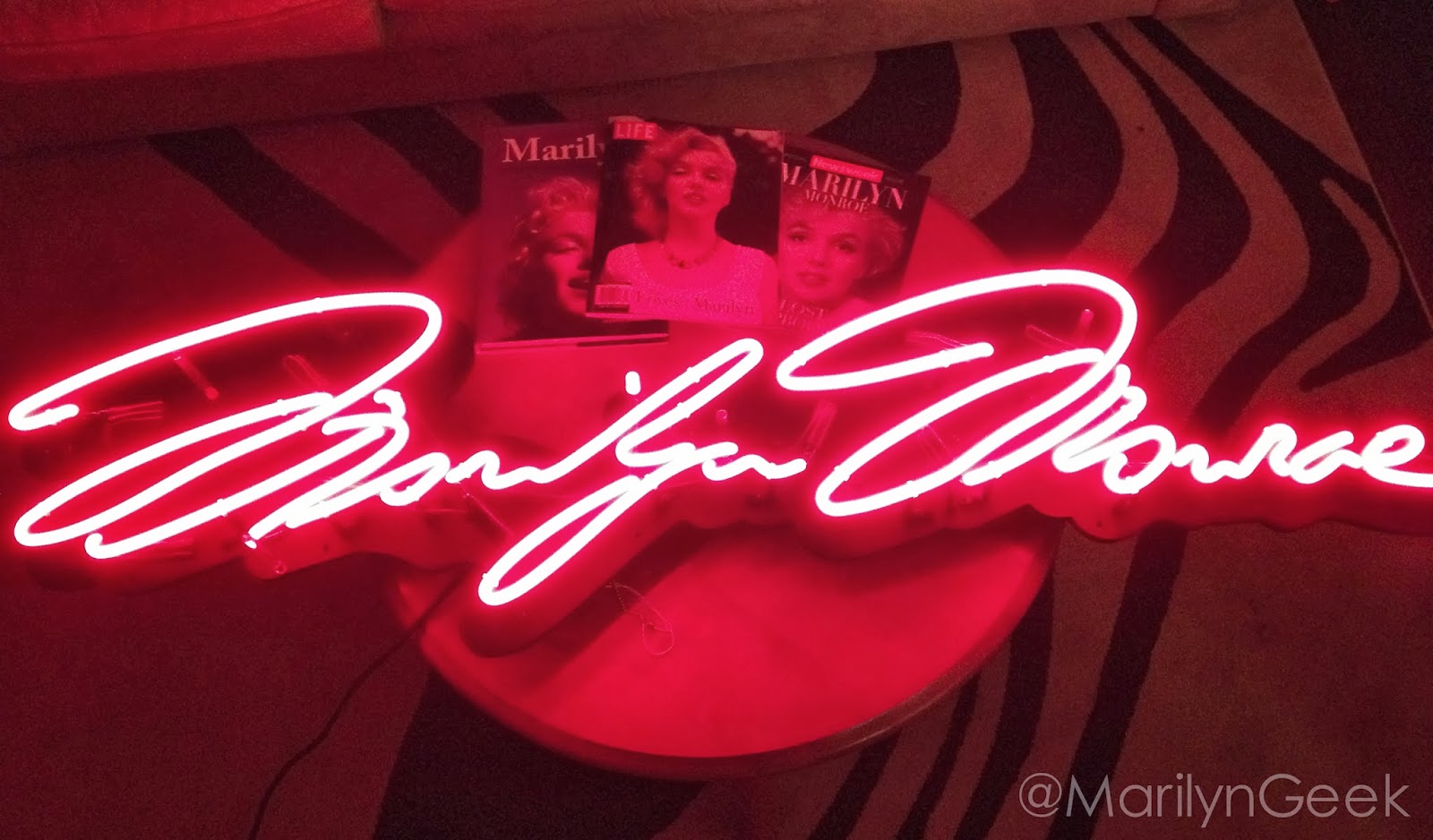 UPDATE - thanks to a recent comment I realized I never came back to this post and updated that I did find out where these neon signs came from.  Looks like I only posted about it on MarilynGeek on facebook page.  These were used by MAC cosemtics for there Marilyn Monroe line of cosmetics.   Here is another photo of mine and a photo of a MAC store. 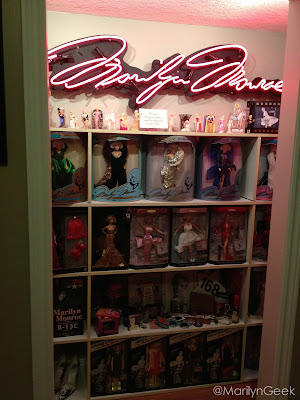 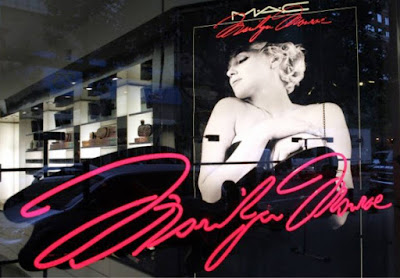 Hope you enjoy a new video that I made giving you an inside look at the book - Marilyn Her Life in Pictures.

If you are interested in purchasing this book please do so through the following Amazon Link.
Thanks ever so!

Posted by Melinda at 2:42 PM No comments:

This one is a beauty!  Thanks to Jodie for sharing her wonderful Marilyn tattoo!  It has been added to the tattoo section here. 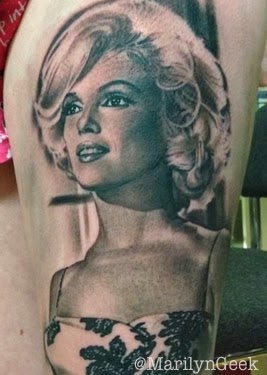 Posted by Melinda at 2:34 PM No comments:

New Photo added to Fan in her hands

Thanks to Scott for sending in a photo of his hands in Marilyn's at Grauman's Chinese Theatre.  If you have a photo you would like me to add to my website please send it to me at melinda@marilyngeek.com

Posted by Melinda at 2:32 PM No comments: