I am very sad to announce that my youtube account (Marilynfan) has been terminated.  It only takes 3 complaints of copyright infringement for them to shut you down.  I guess I am lucky that it took 5 years for that to happen.  It is just a shame that people (like the last nail in the coffin from Tom Kelley Estate) didn't just contact me directly.  I would have happily removed it.

Thanks to all the fans who have visited and commented on my videos over the years!  We almost made it to a million views!!! 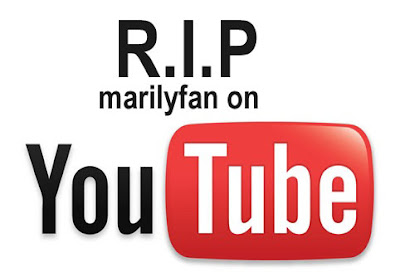 Posted by Melinda at 6:45 PM No comments: 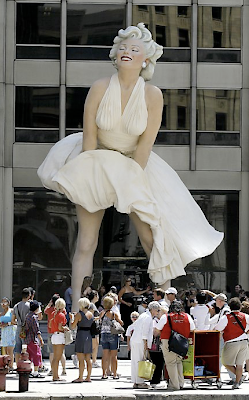 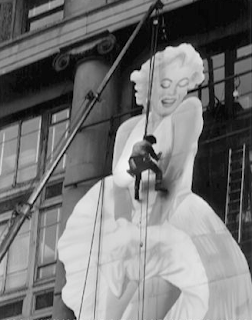 I wanted to share these great photos from a fellow Marilyn fan named Peter.  He recently purchased this fantastic Triumph motorcycle featuring an image of marilyn on the front.  What a beauty and thanks for sending along the photos. 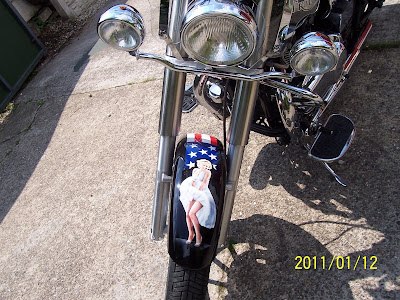 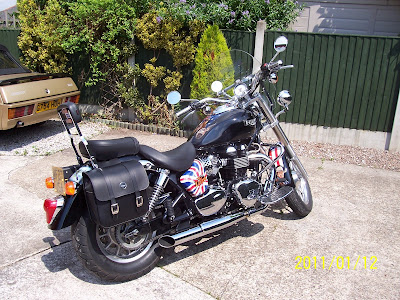 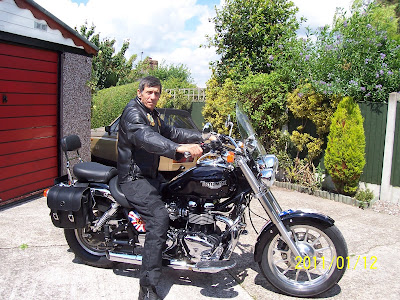 Posted by Melinda at 6:44 PM No comments: 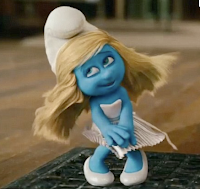 The original Blue Man Group is back....with a female in toe.   Just saw an ad on TV for the new Smurf movie featuring Smurfette doing her best Marilyn over a new york city subway grating :)

Posted by Melinda at 5:48 PM No comments:

Thanks to Botos, Ashley, Meagan and Tonya for sending in photos of their new tattoos.  Jessica sent along an updated photo that is gorgeous.  Loved seeing the photo that inspired that tattoo in it. 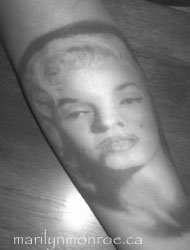 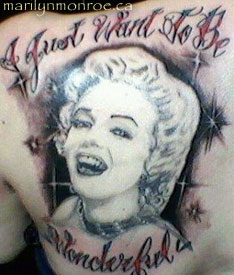 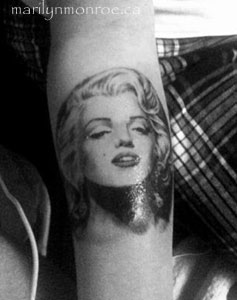 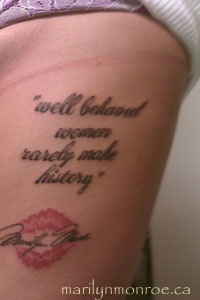 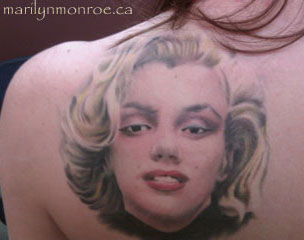 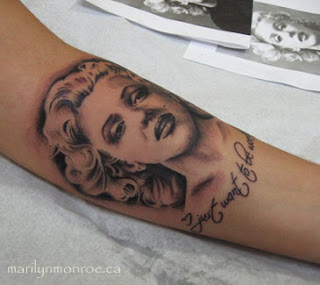 Posted by Melinda at 2:49 PM No comments:

River of No Return Screening at UCLA 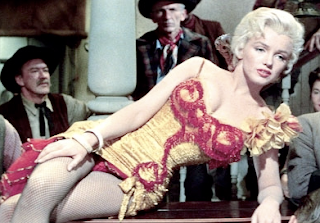 UCLA is hosting a 10 film retrospective of Robert Mitchum.  The film he did with Marilyn, River of No Return, is showing on July 23 at the Billy Wilder Theater.  Producer Stanley Rubin will be in attendance.

For any UK fans near Walsall - don't miss out on the Prince and the Showgirl Screening on July 8 at Forest Art Centre.  More info below...

Cinema fans are set to be taken back to the golden era of cinema at Walsall Museum's latest 'Your Corner' display, exploring the story behind the controversial 1950s film The Prince and the Showgirl.
The exhibition, which opened yesterday (Wednesday), has been put together by local man Ian Payne who has an extensive collection of material relating to cinema history and, in particular, to the career of local actor Richard Wattis, who grew up in Walsall and featured in the film and the stage play on which it was based, The Sleeping Prince.
The film also starred Sir Laurence Olivier and Marilyn Monroe, but was dogged by problems from the start, with tensions between the two stars.
But the display at Walsall Museum could not come at a better time as it opens amid a revival of interest in The Prince and the Showgirl due to the production of a film about the making of the original movie, which stars Kenneth Brannagh as Olivier and Richard Clifford as Richard Wattis.
This month also sees the centenary of the birth of the playwright Terrence Rattigan who wrote The Sleeping Prince.
The display can be seen in The Changing Face of Walsall gallery until Saturday, July 9.
In addition, Forest Arts Centre, in Hawbush Road, Leamore, will be holding a screening of The Prince and the Showgirl, with a short presentation beforehand about Richard Wattis from Ian Payne, on Friday, July 8, at 2pm.
Tickets are priced £2 or £1 and are obtainable from Forest Arts Centre.
Posted by Melinda at 6:44 PM No comments: