The latest show is now up at http://mymarilyn.ca 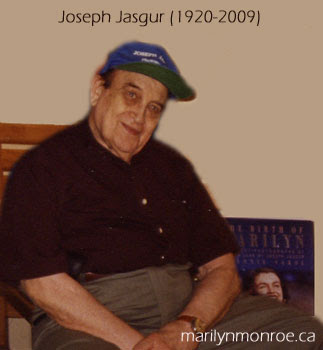 JOSEPH JASGUR, the photographer who helped launch MARILYN MONROE's career, has died two days before his 90th birthday.  Jasgur, who passed away at a Florida nursing home on Saturday (21Mar09), took the first professional shots of the actress, who was 19 when she posed for him in 1946.
Back then, the snapper described her as a "plain, ordinary girl" who was hoping to break into modelling.  His shots of Monroe made up part of the portfolio that won the actress a deal with 20th Century Fox.  Jasgur spent the final years of his life trying to win back the legal rights to the photos he took of Monroe. The photographer was also one of Hollywood's first paparazzi, and also made a living by beating the police to crime scenes and taking photos.

He is most famous for his assertion in his book, "The Birth of Marilyn" that Marilyn had six toes on her left foot.  His proof was a photo of Norma Jeane standing in the sand with what appeared to be an extra toe.  Of course, this whole story was concieved in order to sell more books and gain interest in his photos.  There are many photos of Marilyn's feet taken before and after this photo which show her with the normal set of 5 toes.

I met Jasgur in 2001 during a Marilyn trip to LA.  He was gracious to fans and would glady sign books and he had posters he was giving away.  I was impressed by how he treated fans as I have had bad experiences with another famous Marilyn photographer (who shall remain nameless).   He was taken advantage of in his later years;  he lost the rights to his photos and married a woman less than half his age.  It is sad that he ended up penniless in a nursing home.
Posted by Melinda at 9:59 AM 7 comments:

She is based on the 1952 Life Magazine cover.  You can order her by visiting the Franklin Mint section of my website HERE (scroll to the bottom).  She is made of poseable vinyl and is a limited edition of 1000. 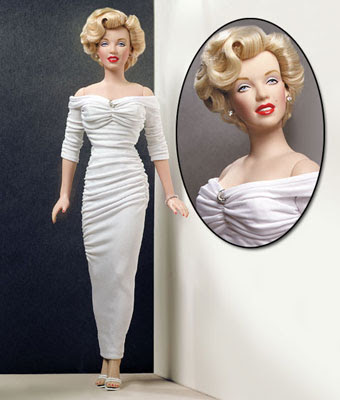 Posted by Melinda at 3:29 PM No comments: 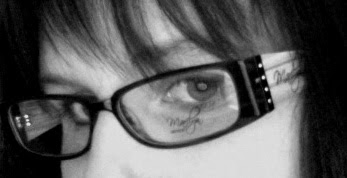 I wanted to share my new glasses from the Marilyn Monroe collection by Optiq Frames.  They have some interesting frames and I did find one pair I really liked.  Obviously, these are not based on anything Marilyn actually wore - they are not vintage looking.

However,  I do like the styles that have her name on them and that is what I got.  I picked the green ones with "Marilyn" on each arm.  They also have some rhinestones on the sides.  The really cool thing is on the inside of one arm is a tiny photo of Marilyn!  What a neat detail!  These come from the Shaw Family Archives. 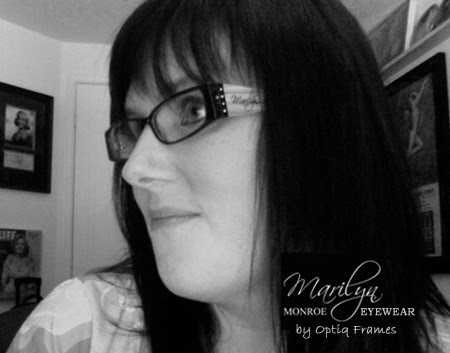 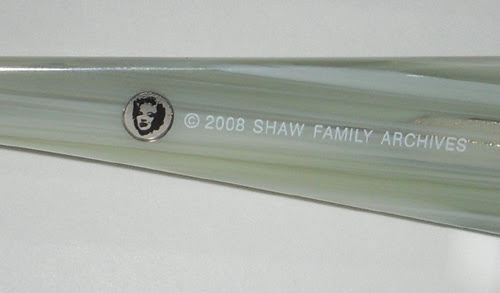 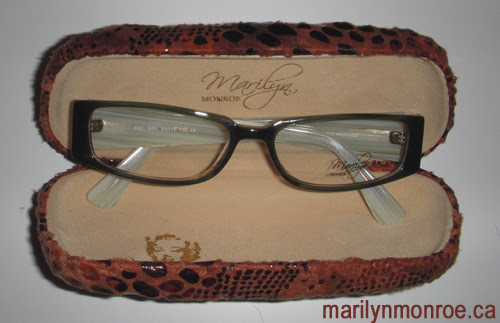 The eyewear line also features sunglasses, however, none of them have "Marilyn" on them.  A few sunglass styles do have a "M" surrounded by a circle of rhinestones.  I like them - they also feature the same Marilyn image on the inside of the arm.  You will be able to win your own pair of Marilyn sunglasses pictured below on the April Podcast - so stay tuned.

The newly released Marilyn Monroe Blonde Ambition Barbie is now available and she looks great!  Please visit the Barbie section of my site  HERE   to order yours!  I don't think they have hit Canada yet but I can't wait to get one.  What do you think of her? 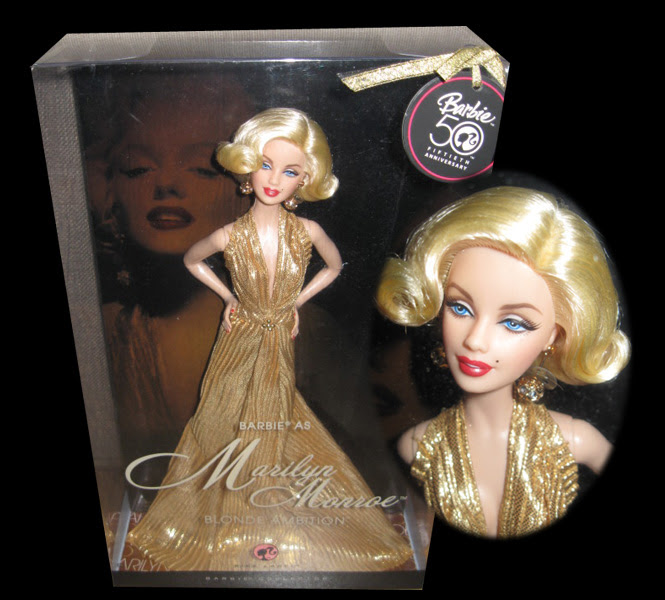 I also added Frederic Cabanas (author of several Marilyn books including Marilyn in Spain) to the fans in her hands section here. 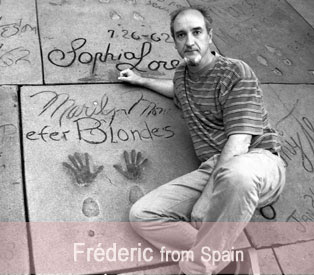 Posted by Melinda at 4:35 AM No comments:

Email ThisBlogThis!Share to TwitterShare to FacebookShare to Pinterest
Labels: Fans in her hands, Marilyn Tattoos

I just added Christy, Savannah and Janelle's tattoos to the website here .  It is hard to believe but there are now 177 Marilyn Monroe tattoos featured!!!

Posted by Melinda at 2:16 AM No comments: