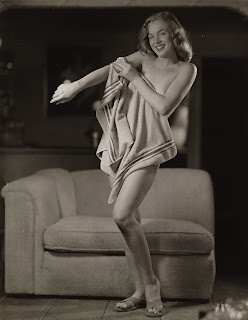 I have added a new Earl Moran gallery to the website with some photos I have never seen before.  I'm adding another page that focuses on Moran collectibles.  In particular, the Maids of Baltimore calendars and the Girls of '53 calendar.

I am looking for someone who has a copy of the Moran Girl's of '53 - 12 month calendar that featured several months of Marilyn's illustrations.  If you have this calendar and are willing to share scans of all months and cover, please contact me.

Wow!  I think the Franklin Mint made a great choice of outfit on their new vinyl Marilyn Monroe doll. There isn't another doll that has been released with it.  Click on the doll photo below for more information or to order (they only ship within USA) - I get a small commission so please use this link if you plan to buy her.  The rest of us will have to wait for Ebay.

UPDATE:  I ordered her!  Got a great deal back on cyber monday - 25% off and free shipping.  I found a friend in the US to ship to who is able to bring it to me.

She needs to have the cigarette holder to be perfect. I had sworn off purchasing any new dolls but I don't think I can resist. 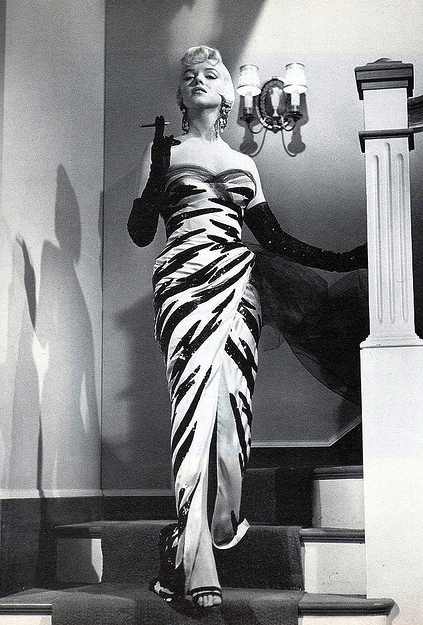 Life as a Legend: Marilyn Monroe coming to Ontario!

The wonderful Marilyn Monroe art exhibit Life as a Legend is coming to the McMichael Canadian Art Museum in Kleinburg, Ontario, Canada.  The exhibit will feature a special Marilyn in Canada section.  I am so excited to be able to see this in person.  The exhibit runs February 19 - May 15, 2011.
I have offered to lend them items from my collection so we'll see if they take me up on the offer.
Posted by Melinda at 10:10 AM No comments:

Just came across these and I thought they were pretty cute.  You can get them through Bradford Exchange by clicking on the photo below (only US shipping - boo!).  If anyone gets a pair be sure to share a photo of them.  I'm curious whether they look this nice in person. 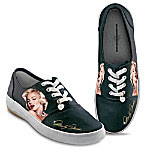 Candle in the Wind on The X Factor 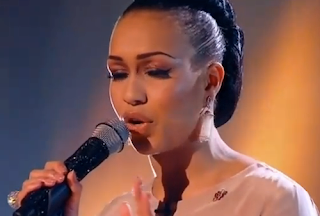 Thanks to Lorraine for sending along this great version of Elton John's "Candle in the Wind".  Luckily, Rebecca Ferguson (finalist on the British TV show X Factor) went with the original Marilyn Monroe version.

In last night's episode, Penelope Garcia, the quirky computer hacker went back to being blonde.  I am a big fan of this show and Garcia has always been my favourite character.  The episode is called "Reflection of Desire".  The episodes always start with someone reading a quote.  This time the voice-over was Garcia and she read the following.... 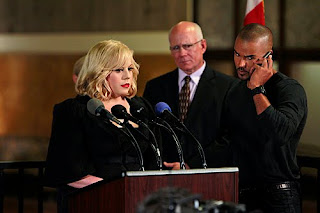 "Fame will go by and, so long, I've had you, fame. If it goes by, I've always known it was fickle. So at least it's something I experience, but that's not where I live." -- Marilyn Monroe
I knew it was a Marilyn quote after 4 words and which caused my husband to role his eyes :)
Here is a promo for the episode which had a 50s Hollywood feel.
Posted by Melinda at 3:57 PM No comments:

Thanks to Jesica for sending this great New York Times story.  The authors re-created a hand-written stuffing recipe that appears in the new Marilyn book Fragments. 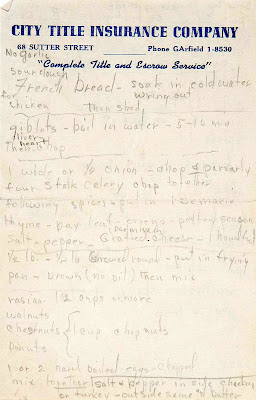 Memories of Marilyn from 1955

I came across this great article by Robert Stein (who was a friend of Sam Shaw) where he described what it was like meeting Marilyn when she was photographed by Ed Feingersh in 1955.  I have always loved Feingersh's photos of Marilyn during this time so it was a real treat to hear this inside story....

Thanks to Rick and Lauren for sending in their great tattoos. 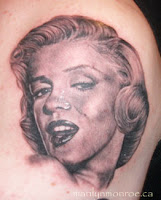 Posted by Melinda at 9:06 AM No comments: