Wishing everyone a Happy New Year and all the best in 2014! 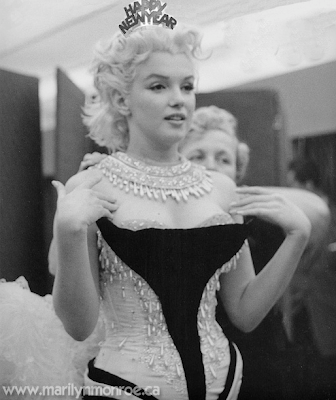 Fans in her hands

Thanks to Brianna and Natalia for sending in their photos with Marilyn's handprints.  I have added them to the website here. 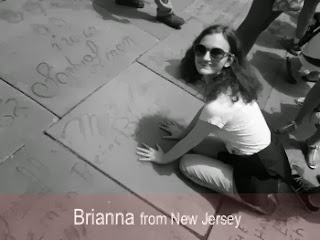 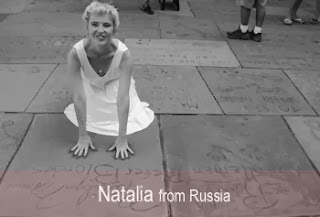 Thanks to Anja, Brittney, Francisco, Mackenzie and Elisa for sending in photos of their tattoos.  I have added them to the website here. 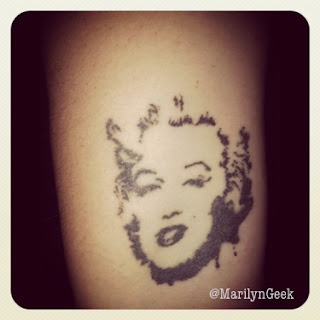 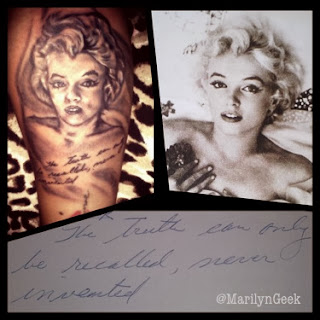 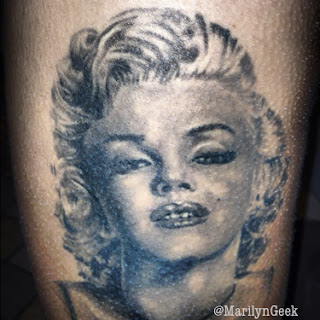 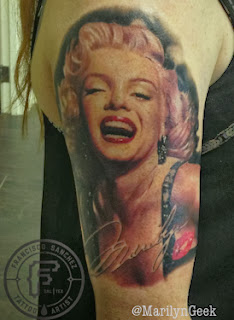 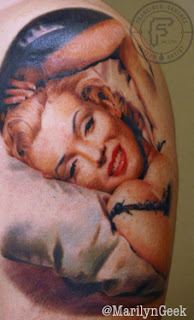 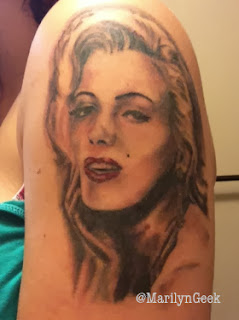 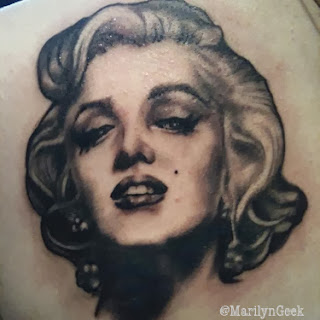 I'm sooooo excited.  After many years of lusting after the Glamorous Miss Monroe ornaments by the Bradford Exchange - I found some that were reasonably priced on Ebay!

At one time I had over 50 bradford exchange Marilyn plates.  While I really enjoyed them they just took up too much room and I had so many other things I wanted to be able to display so I ended up selling them.  One of the things I like about the ornaments is that they feature some of the same artwork from the plates I used to have.

The collection consisted of 56 ornaments which were sold as 14 sets of 4 back in the early 2000's.  I've got 40 of them now so I plan to keep my eyes peeled for the rest.  I went out today and picked up a cute little turquoise tree to display them on.  Love it! 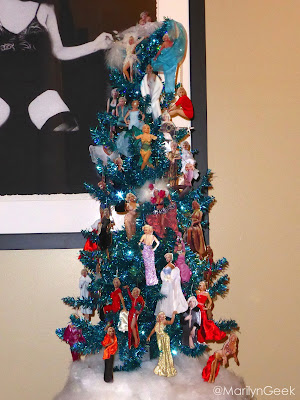 Posted by Melinda at 4:07 PM No comments: