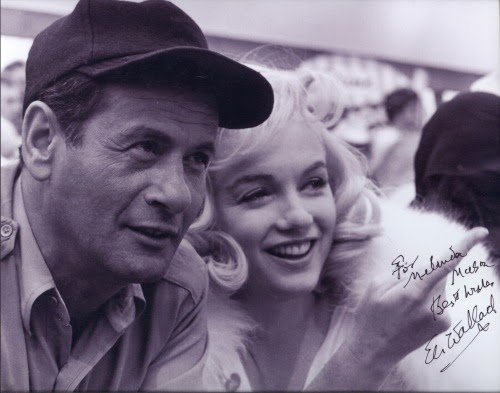 Wallach titled his autobiography The Good, the Bad and Me: In My Anecdotage. He and his wife lived in New York and had three children.
The New York Times said his death had been confirmed by his daughter.
Posted by Melinda at 7:34 AM No comments:

You may have noticed a super cute character making the rounds on social media....fans have been sharing images of Mini Marilyn.  A website appeared at http://www.minimarilyn.com along with facebook and instragram pages.  The darling little doodle has quickly become possible.  When I shared a world cup themed mini marilyn it was quickly the most popular post I've ever had on facebook.  Obviously, whoever created her has knocked it out of the park when it comes to likeability.
I was hoping a fan was behind the great artwork but today the news broke that it is actually a product created by ABG (the company that owns Marilyn image).  Get ready for Mini Marilyn merchandise to be everywhere.
Here is the news release...
Authentic Brands Group has revealed its newest brand–Mini Marilyn­, a stylized character-based property.
Mini Marilyn is targeted to girls, ages 8 to 16, with playful, age-appropriate styles.
With her trademark blonde hair and red lips, Mini Marilyn is designed to empower girls to be confident, take risks and dream big.

“We are very excited to introduce a new generation to the magic of Marilyn Monroe,” says Nick Woodhouse, president and chief marketing officer, ABG. “Mini Marilyn presents a new and innovative opportunity for our existing and future partners, while giving ABG the chance to grow its portfolio of global brands from the inside out. We look forward to the endless possibilities in store for Mini Marilyn.”
ABG will debut the new brand for the first time at Licensing Expo next week in Las Vegas, Nev. Target categories for the brand include apparel, accessories, tech accessories, toys, mobile apps and virtual goods.
The brand will be supported by a range of digital initiatives including a website, MiniMarilyn.com and global Facebook, Instagram and Twitter pages. 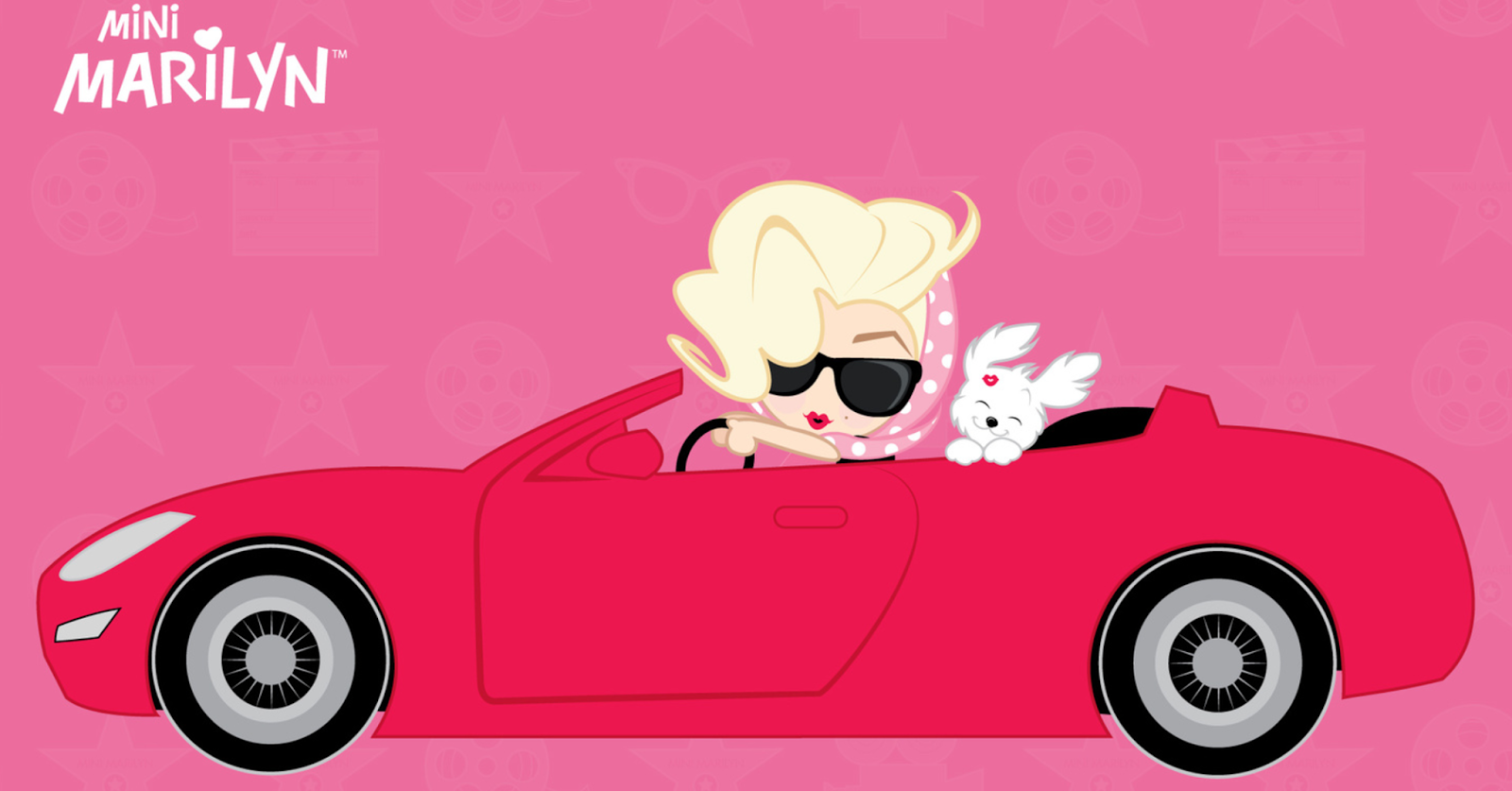 Posted by Melinda at 2:50 PM No comments:

Marilyn would be 88 years old.  Hope all of you are keeping her in your thoughts today.  I sure am - I just finished unwrapping a new addition to my collection and I can't keep my eyes off her :)

This is a Happy Birthday Mr. President scuplture by Susana Adalid.  She arrived all the way from Spain.  If you were following my facebook page MarilynGeek on Facebook you already saw the big reveal :) 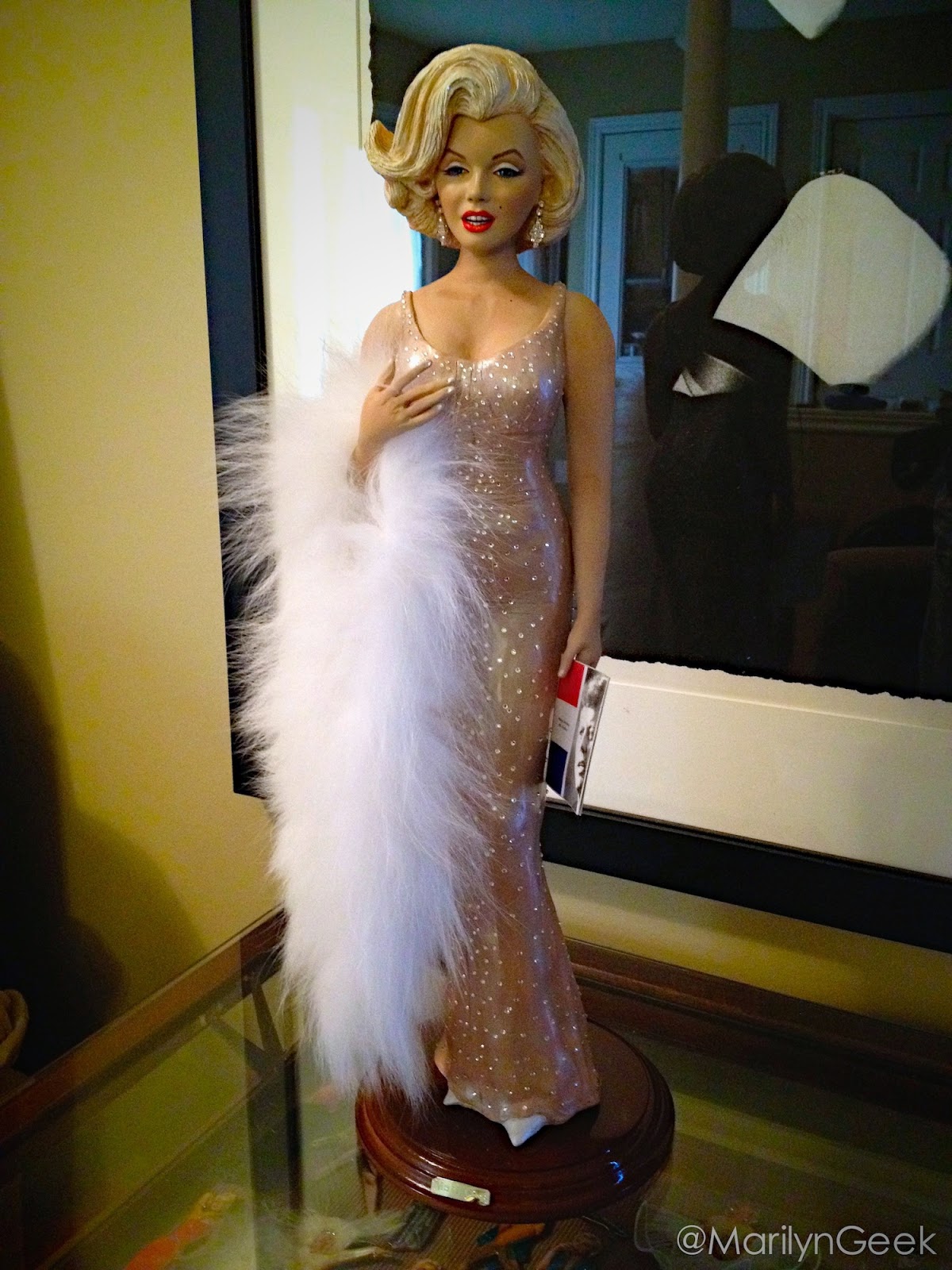 Posted by Melinda at 9:10 AM No comments: