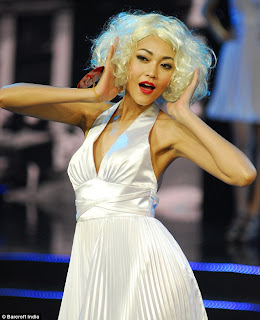 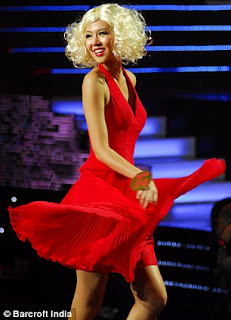 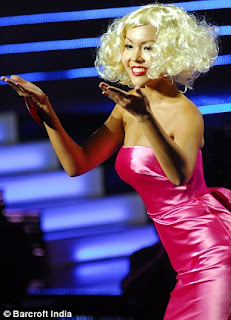 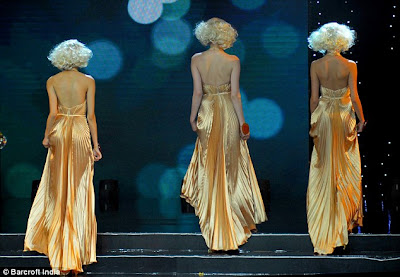 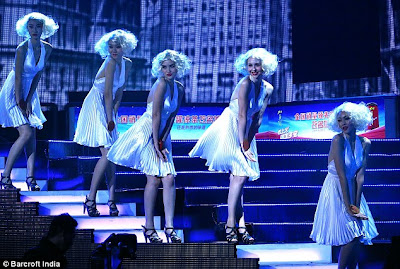 Posted by Melinda at 9:44 AM No comments: 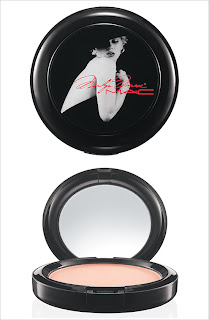 UPDATED:  The 2 items I purchased online Sept 27 arrived today.  The packaging is absolutely gorgeous.  When you open the boxes there is a red lip print on the inside of the lid.  Just real cool touches.  I went ahead and ordered a couple more items online from Ebay.  I'm really in love with how they look.

The much anticipated line of Marilyn Monroe cosmetics by MAC were released online today.  The MAC website features some beautiful photos of Marilyn from the black sitting.  The makeup designs also feature these photos.

I was really looking forward to picking up some of the items.  I don't have any MAC stores near me so I was planning to order them online.

I know the collection was advertised as limited edition but wow I was not expecting everything to sell out online the first day.

I went online during my lunch and found only a couple items still in stock.  I purchased an eyeshadow (the only colour that was left - silver) and a dazzleglass (as all the lipsticks were gone).

For those of you lucky enough to have access to a MAC store get ready for October 4th when the collection is set to be released in stores. 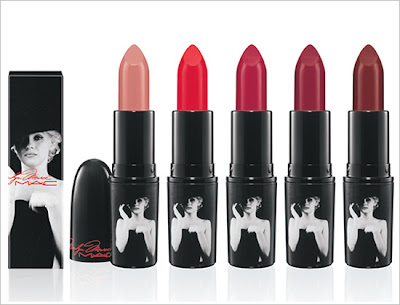 Posted by Melinda at 5:58 PM No comments:

Another Fan in her hands

Thank you Dorina for sending in your photo.  It has been added to the fans in her hands section. 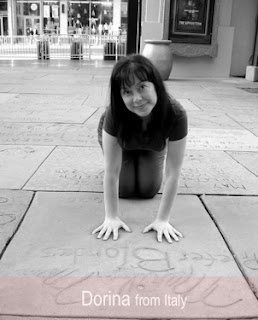 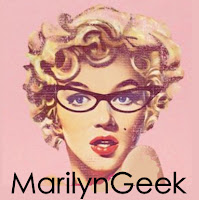 #MarilynMonroe I'd like to introduce you all to my new social networks handle "MarilynGeek".  In recent years the term "geek" has really evolved to include more than just computer nerds.  It also refers to "a person heavily interested in a hobby."

I've considered myself a geek in many areas like podcasts, apple and of course Marilyn.  So it seems a natural evolution to put the terms together.  Thus a "MarilynGeek" is akin to a super fan.

I'm so excited to have an easy to remember username on so many platforms :)

More Fans in her hands

Thank you Ramon for sending in this photo with Manel taken during the #MarilynMonroe Memorial Week in August 2012.  It has been added to the Fans in her hands section. 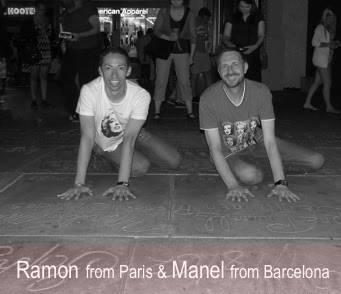 Posted by Melinda at 1:20 PM No comments:

On August 5, 1962, Life Magazine photojournalist Leigh Wiener was assigned to cover the sudden death of one of Hollywood’s most celebrated icons, Marilyn Monroe. This photo-essay of black and white images is an observance of the days surrounding the passing and funeral of a legend. In his words, illustrated with his images, Leigh Wiener recounts that mid-summer day from outside Marilyn’s Brentwood home, to the Westwood Mortuary, and finally scenes from her funeral at Westwood Village Cemetery. First published in 1990, only 500 hardcopies of Marilyn: A Hollywood Farewell were printed. Less than half were signed by Leigh Wiener.

Commemorating the 50th anniversary of her passing, 7410 Publishing presents this second edition available only in eBook format.

New to the second edition are the Introduction by Devik Wiener, Leigh Wiener's son, and the Afterword by Allan Abbott, a pallbearer at Marilyn's funeral. High-resolution digital drum scans of Leigh Wiener's original negatives reveal a striking clarity and detail.

You can order the ebook through amazon below...

A new #MarilynMonroe documentary has premiered at the Toronto International Film Festival. It is based on the book Fragments.  HBO has already secured the rights to air the documentary on US television.


Marilyn Monroe invented a public persona that concealed a private side known only to her closest confidants. This is a woman who did not believe true love was possible, and yet sought it all her life. This is an actress who, at the height of her fame, abandoned Hollywood to study acting with Lee Strasberg because she wanted to be taken seriously. This is a wife who took pills because the husband she had saved from infamy no longer believed in her. Fifty years after her death, her creation still blazes brightly in our cultural imagination, while the creator continues to lurk in the shadows.Love, Marilyn brilliantly reverses this polarity, casting the icon aside and bringing the real woman to life.
Drawing on never-before-seen personal papers, diaries and letters, Academy Award®–nominated director Liz Garbus works with acclaimed actors to evoke the multiple aspects of the real Marilyn: passion, ambition, insecurity, soul-searching, power and fear. Elizabeth Banks, Ellen Burstyn, Glenn Close, Viola Davis, Jennifer Ehle, Lindsay Lohan, Lili Taylor, Uma Thurman, Marisa Tomei and Evan Rachel Wood each appear on screen to enact Marilyn’s words. As Garbus re-invents the woman, she also reinvigorates the non-fiction form. It’s fascinating to watch such distinct interpretations of the same real-life character, and Garbus weaves these performances together, along with newly released outtakes, home movies, photos, and interviews with Monroe’s closest companions to create the most intimate picture yet of an American icon we all think we know.
Rounding out this portrait, Adrien Brody, Hope Davis, Paul Giamatti, David Strathairn and others bring to life the writings of Marilyn’s friends and admirers, completing the evocative image of this young woman who, over time, came to embrace life, friendship, and the possibility of her future. In Garbus’ film, Marilyn finally gets what she always yearned for: a great role.

Amy Greene was in attendance for the screenings in Toronto.

Posted by Melinda at 8:31 AM No comments:

More Fans in her Hands

#Fansinherhands - Thanks to Ernesto for sending in this great group shot of international fans during the Marilyn Memorial Week 2012.  I have added it to the Fans in her Hands page. 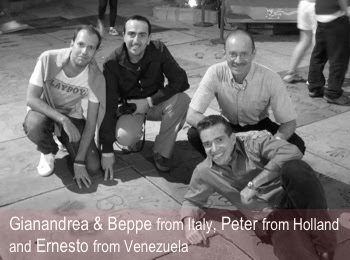 Posted by Melinda at 2:07 PM No comments:

Thanks to Ashley for sending in a photo of her Marilyn tattoo.  It has been added to the website. 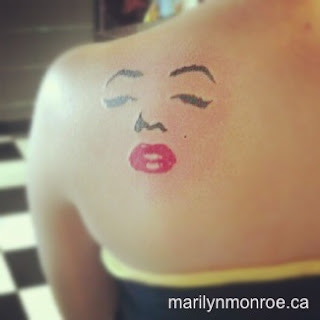 Posted by Melinda at 1:30 PM No comments: