This isn't Marilyn related but it was too much fun not to share.  If you live in Canada you may be familiar with the Knorr Sidekicks commercials featuring a sad salt shaker.  The character is advertising their new lower sodium products, so the joke is that the shaker is sad because he isn't being used as much anymore.

Here is the original ad that pulls at your heartstrings and makes you fall in love with poor Salty.

This was a follow up that I only saw online.  They should keep them coming - they are great!

Currently, if you live in Canada you can mail away for your own set of shakers.  Be patient, they took 8 weeks to come but it was worth the wait.  Here they are!!!  I smile every time I walk into the kitchen.  BTW, the card that comes around his neck says, "Please only use me sparingly."  Too cute. 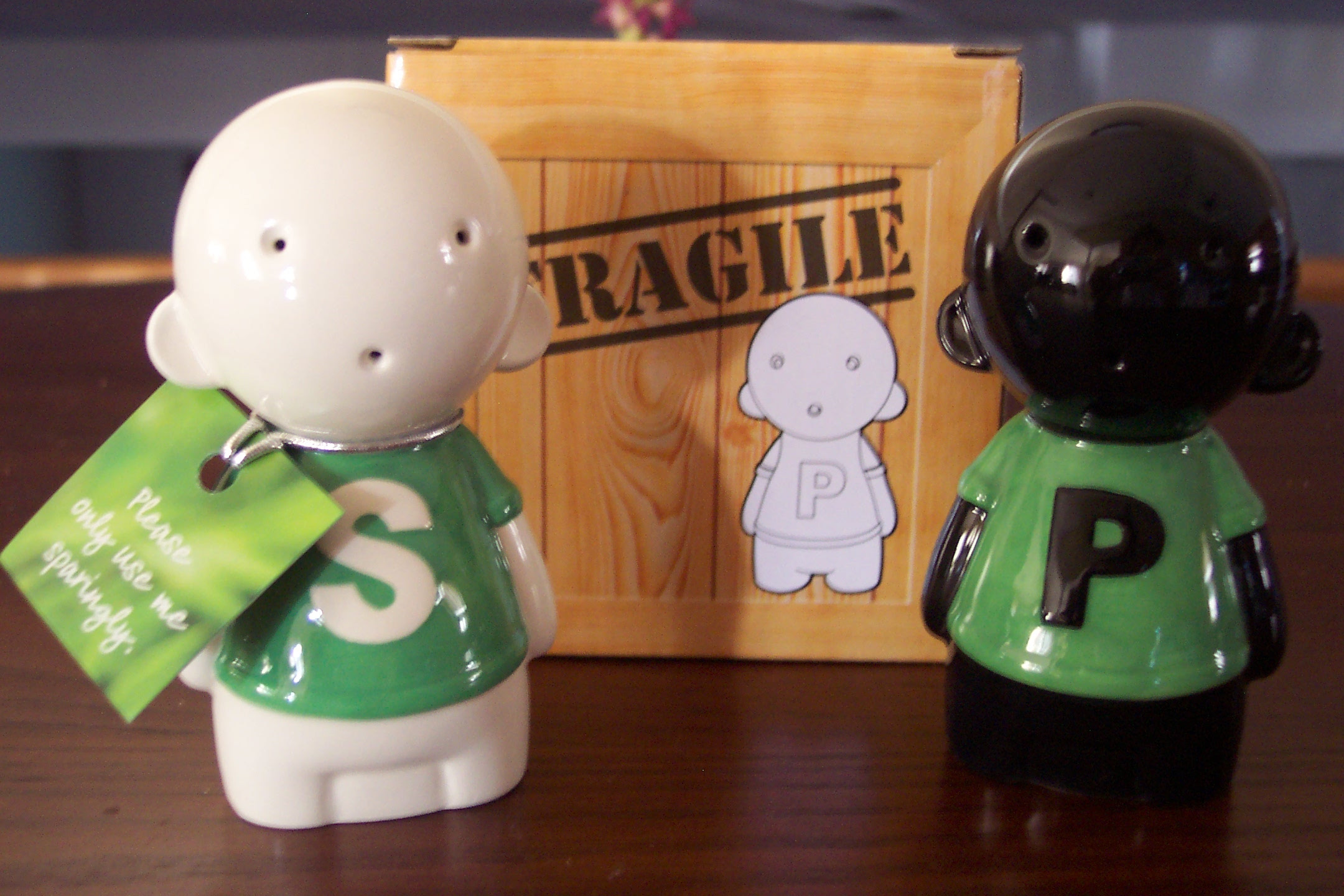 Thanks to Valarie, Anthony, Lorraine, Lauren and Frankie for sending in photos.  I have added them to the tattoo section. 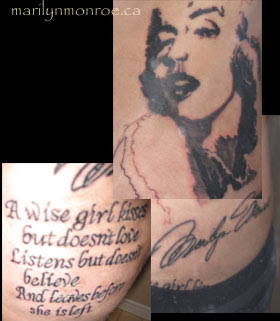 Posted by Melinda at 9:02 AM No comments:

Thanks to Valarie for sending along this link.  This guy hand makes zip up hoodies (he uses American Apparel brand) with faces on the hoods.  One of the designs features Marilyn. 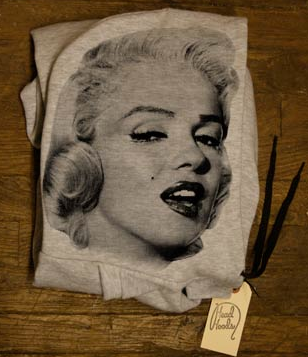 Looks like there is some more rare Marilyn footage up for auction.  It is wonderful how all these great treasures keep showing up! 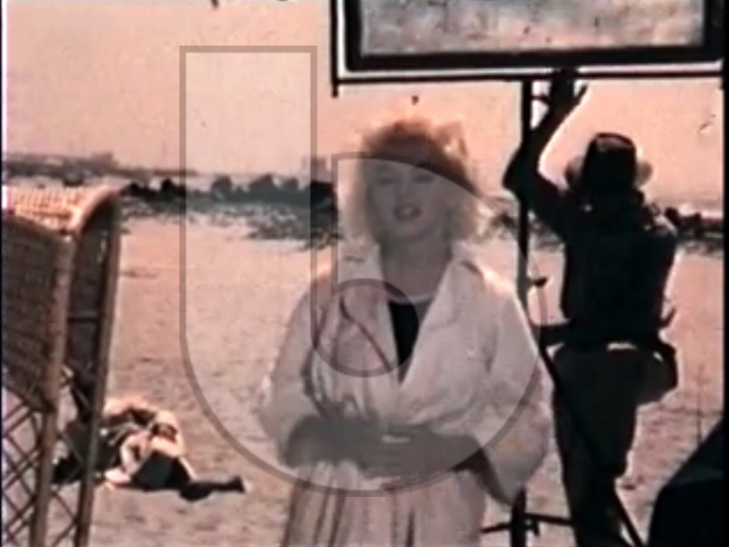 Bideo.com is hosting an online auction for a never before published amateur video of Marilyn Monroe on the set of the film Some Like It Hot. The listing marks the 50‐year anniversary of Monroe’s Golden Globe victory for her historic performance in the highly acclaimed comedy on March 8, 1960. The 20 day auction will run concurrently from March 8th to March 28th, the 51st anniversary of the movie’s 1959 premiere.

Captured by a young sailor who was personally invited to the set by Monroe, the 2‐and‐a‐half minute home video reveals a fascinating glimpse behind the scenes of what the American Film Institute dubbed the greatest American comedy of all time. It depicts a casual, candid and carefree side of the venerated actress on the beach, dressed in a bathing suit and short terrycloth robe, as she playfully interacts with cast, crew and fans between takes at the Hotel Del Coronado Resort.

Also visible in the film is celebrated director Billy Wilder, in shades and baseball cap, angrily brooding back‐and‐forth with frustrating demeanor. Monroe’s infinite breaks and frequent distraction from working were constant sources of stress and annoyance for Wilder, resulting in a notoriously turbulent on‐set relationship between director and star. The footage dates back to a difficult and important period in the actress’ life, as her pregnancy began inducing noticeable weight gain and complications in her highly publicized marriage to Arthur Miller proliferated.

Co‐star Tony Curtis also makes an appearance from the familiar wicker sun chair featured in the memorable beach scene where Curtis first explains and reveals the film’s title in an exchange with Monroe. Off set Curtis infamously likened kissing Marilyn to “kissing Hitler.”

Presumed lost for decades, the original 8mm reel recently resurfaced in Australia when the creator’s daughter discovered it among his belongings. In 2008 it was sold to an anonymous collector in Melbourne for $14,624.00 USD. Plans to commercialize the video never materialized, and the current owner is hoping to find it a more suitable home by selling the full copyright and original reel through the Bideo platform.

Bideo.com, launched in January, is an online auction house for newsworthy user generated photos and video. The site was created for “right‐place‐right‐time” citizen journalists as a profitable alternative to giving away their exclusive and often amazing images to publications for free.

CEO and founder Pike Barkerding considers the shot an ideal opportunity for the new exchange. “This is precisely the kind of situation Bideo is meant to facilitate. And as one of the first examples of user generated video, it’s about as symbolic as it is iconic,” says Barkerding. “We hope it will further prove Bideo’s value to the abundance of citizen photojournalism seen today, which is too often given away without proper compensation or recognition to the creator.”

The 3‐week auction is currently underway on Bideo.com, where the starting bid is set just below the former sale price at $14,000 USD. On March 28th the winning bidder will receive the non‐watermarked digital file, a DVD copy, the original 8mm Kodak reel, and exclusive, full commercial rights to the footage. All copies including the watermarked proof will be deleted thereafter. 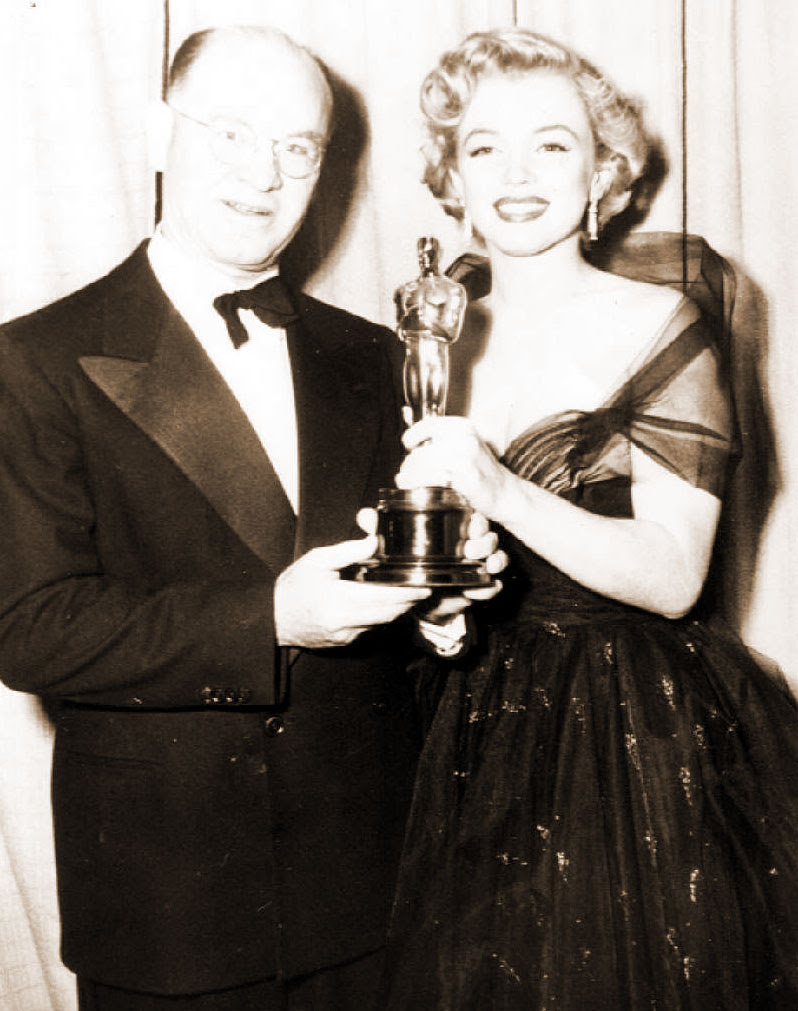 With the 82nd Annual Academy Awards upon us I thought we could visit Marilyn's brushes with Oscar.

Footage from Marilyn's appearance at the 1951 awards does exist.  A 2 second clip was shown in a compilation of presenters shown on the awards in the 1980's. 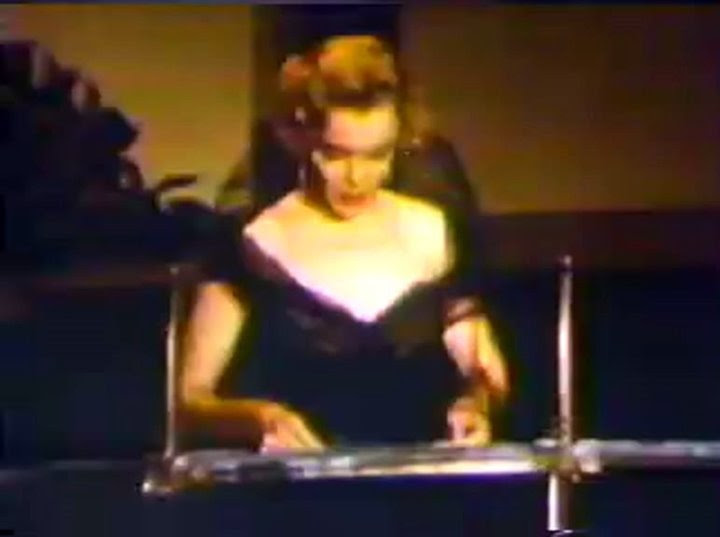 The Franklin Mint even commemorated this event with a doll in 2007. 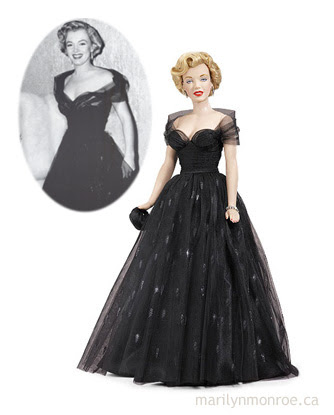