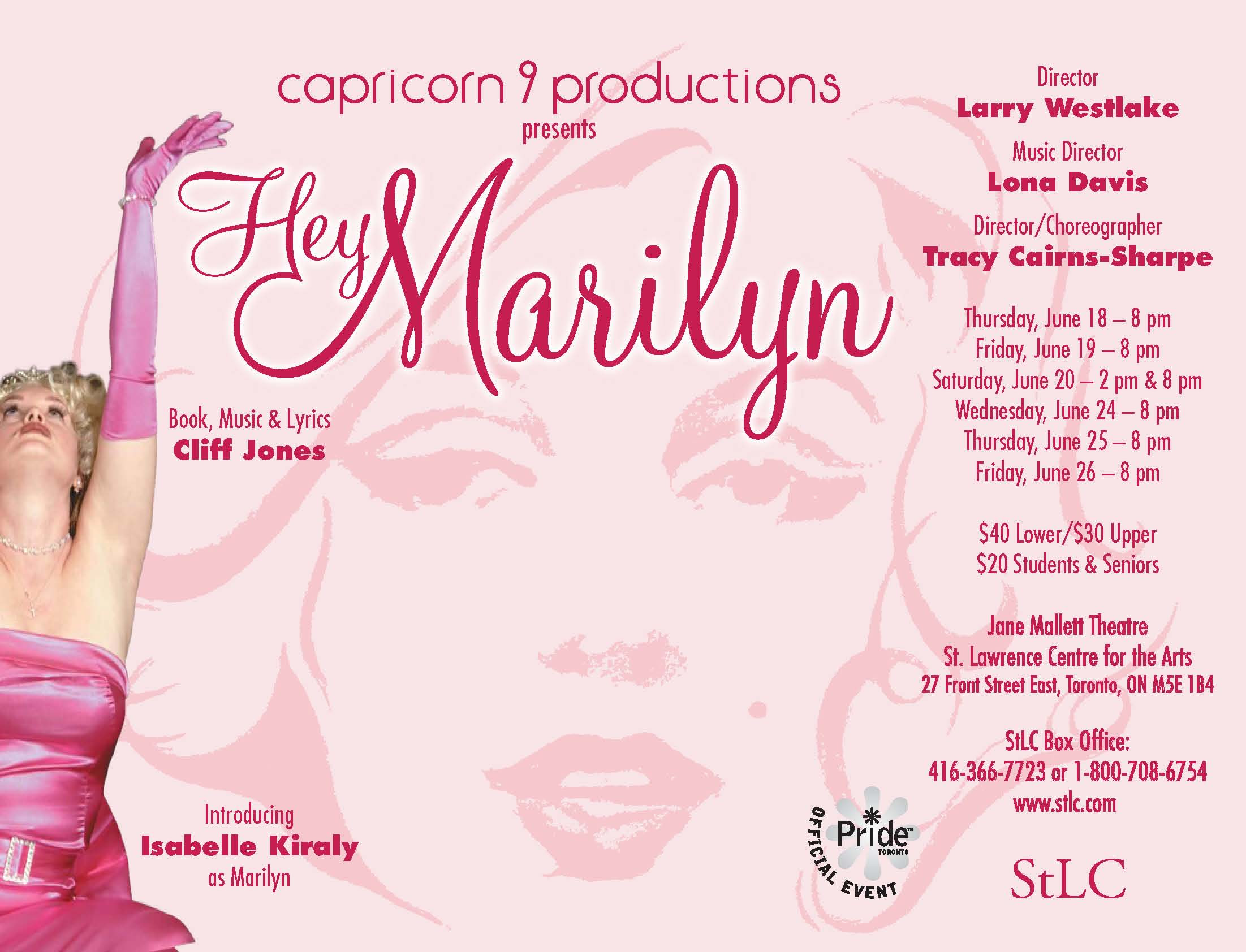 There is going to be a Marilyn stage production in Toronto, Ontario!  Nothing like this ever happens around here so I am very excited.  I will definitely be attending this performance.

HEY MARILYN is a totally original work in the 'rock/pop opera' style. It is a spectacular and superbly entertaining musical biography with enormous depth and insight into who Marilyn Monroe really was.

Originally commissioned, produced, and broadcast by C.B.C. Radio, HEY MARILYN was acclaimed by both critics and audience alike, and was nominated for three ACTRA awards. In the original broadcast, film and Broadway star Beverly D'Angelo played the role of Marilyn Monroe, backed up by a cast of thirty and a full orchestra.

Author/composer Cliff Jones, whose previous musicals have played at the Charlottetown Festival, on Broadway, and throughout North America, has now adapted HEY MARILYN into a powerful, dance-filled stage production featuring Mark Cassius as The Muse, Rudy Webb as The Narrator, and introducing Isabelle Kiraly as Marilyn.

The show's director is Larry Westlake, with musical direction by Lona Davis, and choreography/direction by Tracey Cairns-Sharpe.

WHAT CRITICS HAVE SAID:
"It's sensational....The Jones genius is fully evident from the beginning..." Halifax Mail-Star

"...the most exciting and innovative all-Canadian/American work ever commissioned by the CBC." Toronto Star
"Jones has skilfully captured the essence of the kinds of music which marked the Monroe years..." Ottawa Citizen

HEY MARILYN is an official Pride Event.
Posted by Melinda at 7:00 AM