Thanks to Louis Torro for sending along this pic of his signed playboy reprint.  Hugh Hefner was recently in Toronto for the International Film Festival and the premiere of a documentary about his life.  Louis was there trying to get the first Playboy reprint autographed. He didn't sign at the airport or coming into the theatre or exiting but he did stop to sign 6 autographs from the theatre stage just after he did some questions and answers. Louis rushed into the crowd and managed to get the 4th signature he signed. 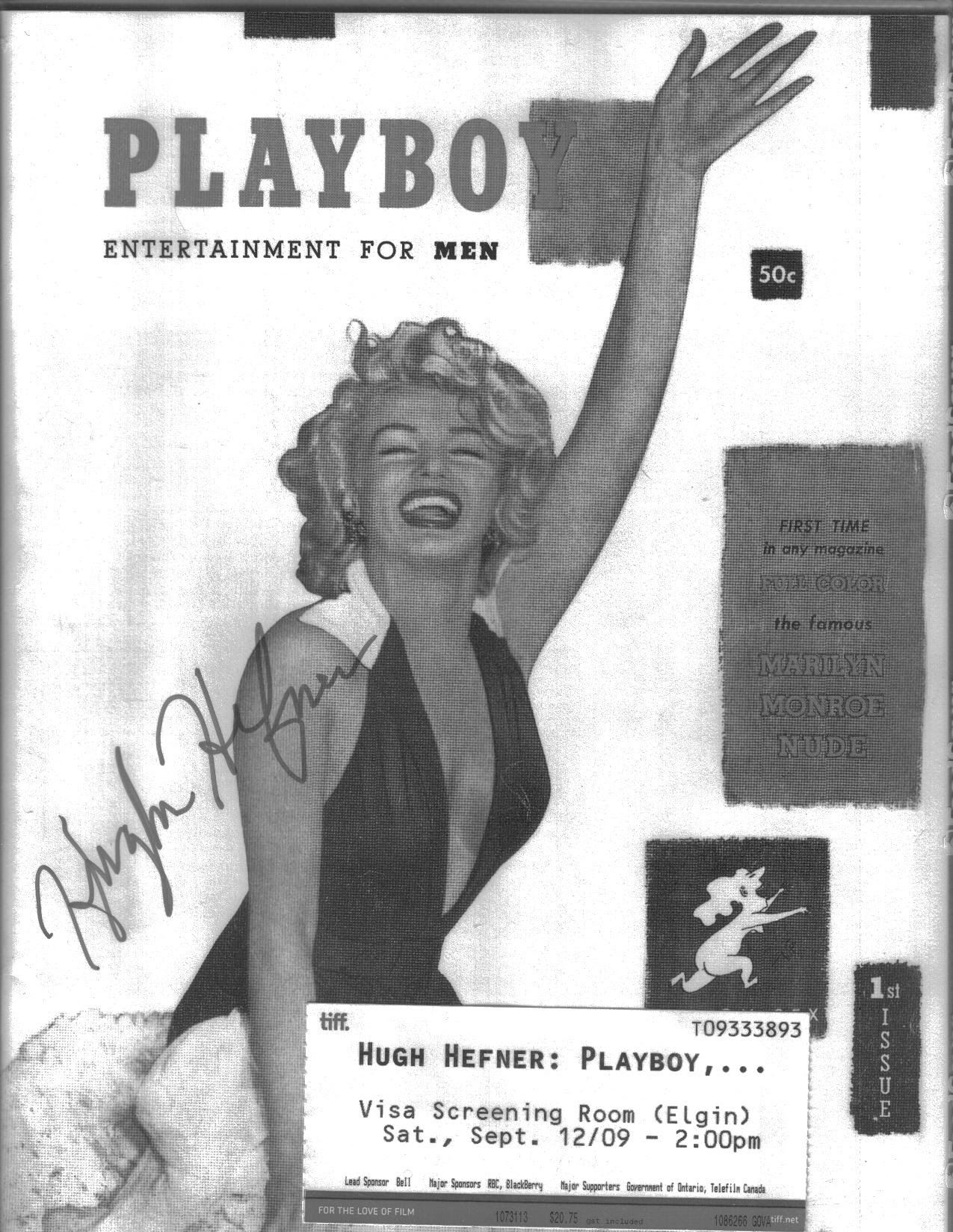