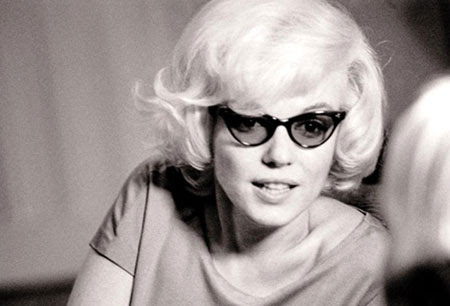 All over the news this week is a story about newly discovered Marilyn photos taken in 1961 during her visit with Carl Sandburg.  The photographer, Len Steckler, even appeared on the Today show to reveal these "lost" prints and talk about the visit he witnessed.  He filed the photos away until his son recently uncovered them.  So now of course they are selling them on their website at http://www.thevisitseries.com/

These photos have been floating around the internet as they aren't new to me.  Or at least similar ones from the same session have been.  Maybe the family didn't know this.
Posted by Melinda at 6:21 AM