Marilyn Highlights from the Juliens Auction 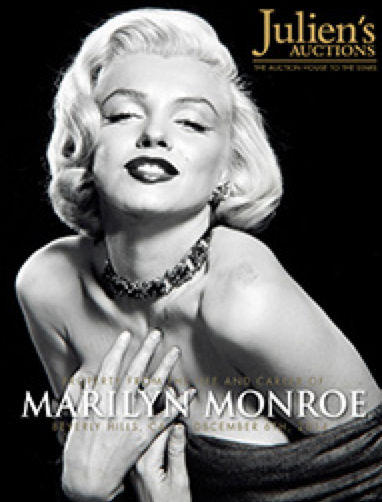 Beverly Hills, California – (December 6, 2014) – After weeks of anticipation and throngs of media attention, the Lost Archives of Marilyn Monroe and a vast collection of Hollywood memorabilia were auctioned over the weekend at the Icons & Idols: Hollywood auction event held at Julien’s Auctions in Beverly Hills. The extremely rare and important collection of Marilyn Monroe memorabilia was originally given to her mentor and coach Lee Strasberg who later gifted it to a friend, and featured love letters, photographs, personal items, personal records and documents and other memorabilia which were in the possession of Marilyn Monroe herself.