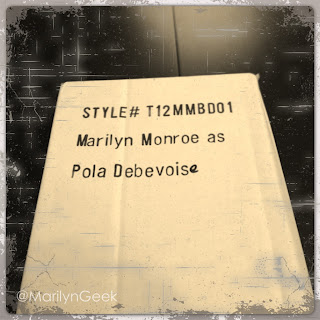 The fabulous new Marilyn Monroe dolls have been released by Tonner Doll company.  The 16 inch dolls have been eagerly anticpated by fans.  Since Franklin Mint ceased their doll production there has been a void.
I am happy to report that the new dolls do not disappoint.  The Marilyn as Pola doll comes complete with the bathing suit as seen on screen in How to Marry a Millionaire.  The doll comes well packaged and includes a COA and a doll stand with a clear base. 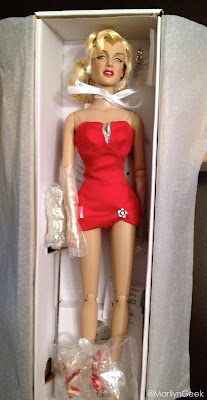 The suit looks great and also includes great drop earrings.  I wish they had included the matching cover-up worn with this suit in the film. Marilyn fans will instantly recognize the clear platform shoes worn in the film and reproduced for this doll.  They are tricky to put on her - ribbons might have been an easier choice. 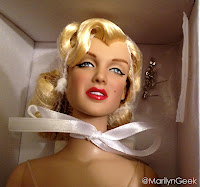 A big difference between Tonner dolls and Franklin Mint is the increase in articulation.  Tonner dolls are fully jointed.  This makes them a lot of fun to play around with.
I like how the hair looks but I am sure some fans will want to restyle it themselves. As far as the face sculpt goes I think she is a beautiful doll and they did a good job but I don't think they completely nailed it.  Honestly no doll company has completely nailed her likeness - it takes the OOAK artists like Kim Goodwin and Noel Cruz to really pull that off.  The chin and jawline are off.  I do wish that they had kept the same paint job that was used on their limited edition Animal Magnetism doll.  Just a few more eyelashes painted on the top lid like their previous doll makes a difference.  That being said, I think she looks much better in person than the stock photos portray.
Overall, I am thrilled with her and I think fans will also love her.  The best part of this doll is the additional outfits that are available to dress her up.  Coming up next......review of "I am Lorelei Lee" dress from Gentlemen Prefer Blondes (a dress that has not appeared on any previous Marilyn dolls). 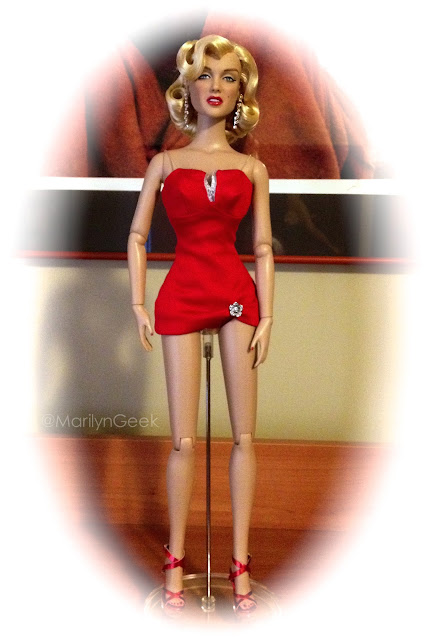 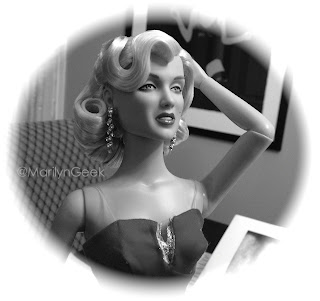 You can purchase this Marilyn Monroe as Pola Debevoise doll directly from Tonner http://www.tonnerdoll.com/marilyn-monroe/marilyn-monroe-pola-debevoise
Posted by Melinda at 9:59 AM